Cleanpro offers solutions to both fragrance the air and neutralise malodours thereby creating a fresher environment for staff, visitors and customers.

The first thing people notice about a washroom is its smell. When a bad washroom creates the wrong first impression of your organisation, it’s time to freshen up. At Cleanpro, our air care services will help your staff and visitors to breathe a little more easily.

IF IT Smells clean, IT is clean

Ensure your site smells clean and fresh with the MVP Airoma® automatic air freshener.Airoma® automatically delivers bursts of fragrance at specific intervals in order to keep malodours at bay. Airoma’s small particle technology means the fragrance stays airborne longer than other similar systems. The dispenser provides flexible and easy to use programming options and can be set to specifically for your exact location conditions.The Airoma unit also has the option of having a high quality, natural pyrethrine refill to control flying insects in sensitive areas. 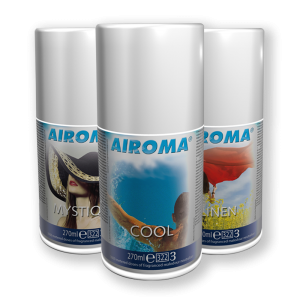 Each 270ml can of Airoma® Spray contains 3000 metered doses of fragranced malodour neutraliser with the spray being effective in room sizes up to 6000f3/ 200m3. All refills are high quality providing long lasting fragrances to suit all preferences.

Our natural insect repellent is safe for humans, and is a highly effective mosquito repellent and fly repellent. Pyrethrum insecticide is also very effective at controlling a range of other insects. Our metered units are programmed to automatically deliver an odour-free, natural bug spray, and refills are readily available.

This way, your customers and employees will always be sure to work in a pest free environment, while you enjoy the peace-of-mind that comes with knowing everything is being taken care of.

The V-Air® Solid is part of the MVP dispenser range. This dispenser is discreet and complementary to all interior surroundings, allowing for enhanced natural airflow.

V-Air® SOLID utilises pioneering multi-phasing sub-micron technology. A revolutionary system suitable for passive fragrancing areas. The V-Air®SOLID particles enable superior fragrance delivery yet are sized typically below 1.0 micron. This means they are much smaller and lighter than the particles in other fragrance systems, remaining airborne for many hours. This makes V-Air® SOLID highly effective in areas where passive fragrancing is required.

V-Air® SOLID utilizes the multi-phasing, sub-micron fragrance technology running through the ceramic capsule and the fragrance core enabling consistent delivery of fragrance intensity for up to 60 days with a coverage of up to 6,000ft3/170m3 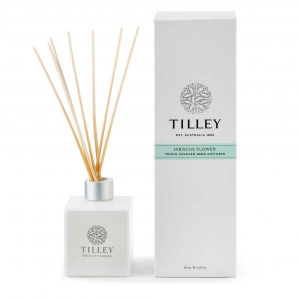 Made to the highest quality standards and with the finest quality ingredients to a unique triple scented formula that will last for up to six months. The classic white bottle and natural rattan reeds add a simple elegance to any interior décor. Carton 6 Units

This lush, rich floral fragrances evokes the feeling of relaxing with your feet-up on a Tahitian island.

To use, carefully remove the stopper and insert reeds. For best results, rotate the reeds once a week to enhance the ambient impact.

The magic of scent made simple.

The SensaMist® S80 & S100 scent diffuser creates a fragrant atmosphere for small to medium areas. The SensaMist® diffuser utilizes advanced atomizer technology to create a fine mist of fragrance which is then diffused into the environment.

Let us help you choose the product that fits your needs.

Oxy-Gen Powered is the only technology that guarantees the delivery of fragrance in the air continuously, consistently and accurately for the entire duration of the  cartridge life.

This precise technology is based on a fuel cell technology that is used in the pharmaceutical industry to deliver drugs to human beings and animals.
Oxy-Gen Powered technology is simple, reliable and cost-effective.

Oxygen-Pro is the perfect odor control system for any establishment as the user can program the dispenser to work for 30, 60 or 90 days, and can select different fragrance intensity levels with the flexibility of two different cartridge sizes to choose from.

Prozone® is an automatic ozone generator

Airborne bacteria and viruses are a common source of respiratory infection and a particular threat to infants, the elderly and those with compromised immune or cardiovascular systems, including people with allergies, asthma, AIDS and heart disease. Some serious infectious diseases are spread by airborne bacteria and viruses – some examples include:

Evidence has shown that ozone can have a sanitizing effect and kill up to 99.5% of airborne viruses and airborne bacteria.

Prozone® has been tested against a bacteria called Micrococcus luteus, which is a gram positive bacteria that belongs to the family Micrococcaceae. It is found in soil, dust, water and air, and as part of the normal flora of the mammalian skin. The bacteria also colonises in the human mouth, mucosae, oropharynx and upper respiratory tract. This is essentially a bacteria that is used as a benchmark for destroying other bacteria because they lack the enzymes to break down toxic forms of oxygen.

The antibacterial activity of ozone is several thousand times greater than that of chlorine and up to 3000 times faster than chlorine as a disinfectant.

Which locations can benefit? 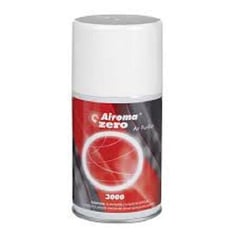 Airoma® Zero is an odour neutralizer with a pleasant lemongrass fragrance designed to bring freshness to a variety of locations. It is recommended in environments where persistent malodours occur such as busy washrooms, areas with tobacco odours and animal odours.

Many people spend more time in the office than at home, so it is vital to practice good hygiene in the workplace. You can help prevent your colleagues from being unwell.

Along with our aim to help Australians create a healthier, safer and greener workplace, SWS Group provide helpful resources for every workplace washroom.

We will discuss your hygiene needs, arrange for an on-site survey and make recommendations.

Our expert installation service is completed within a maximum of 10 days following your order.

Our local team of service technicians will attend pre-scheduled on-site visits to service and replenish. 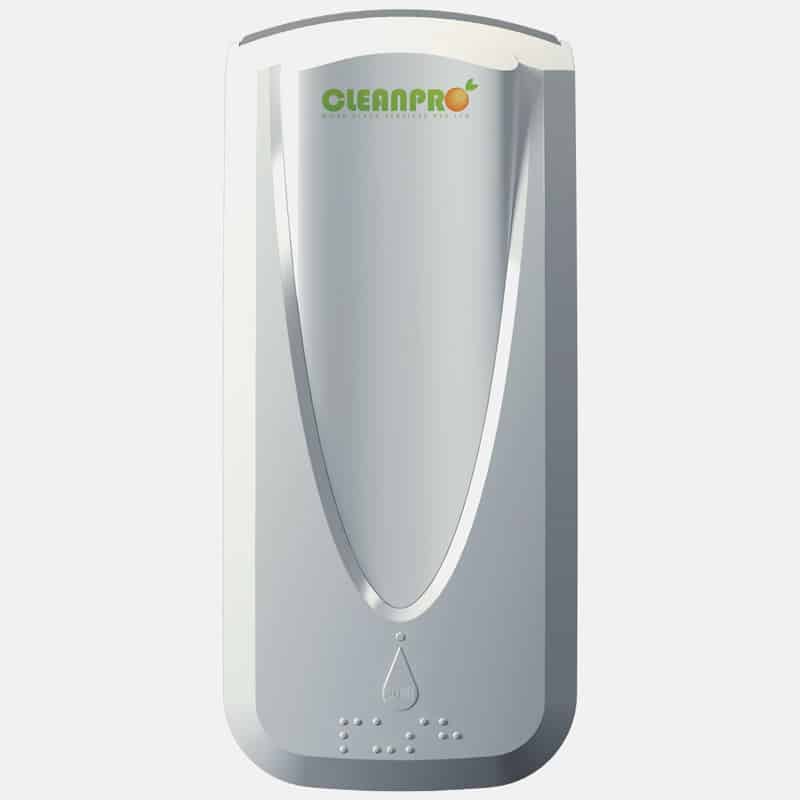 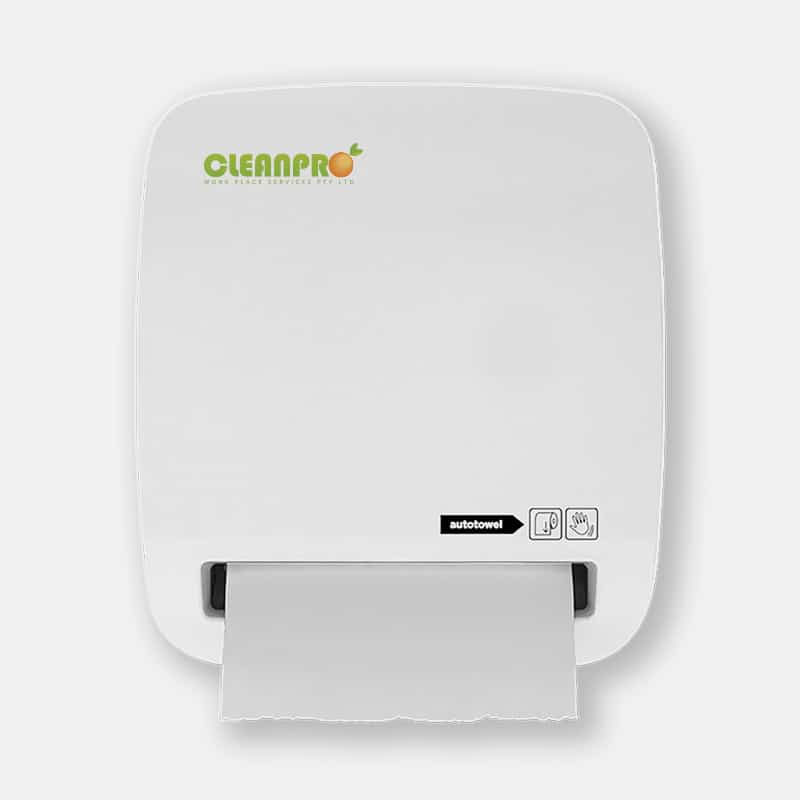 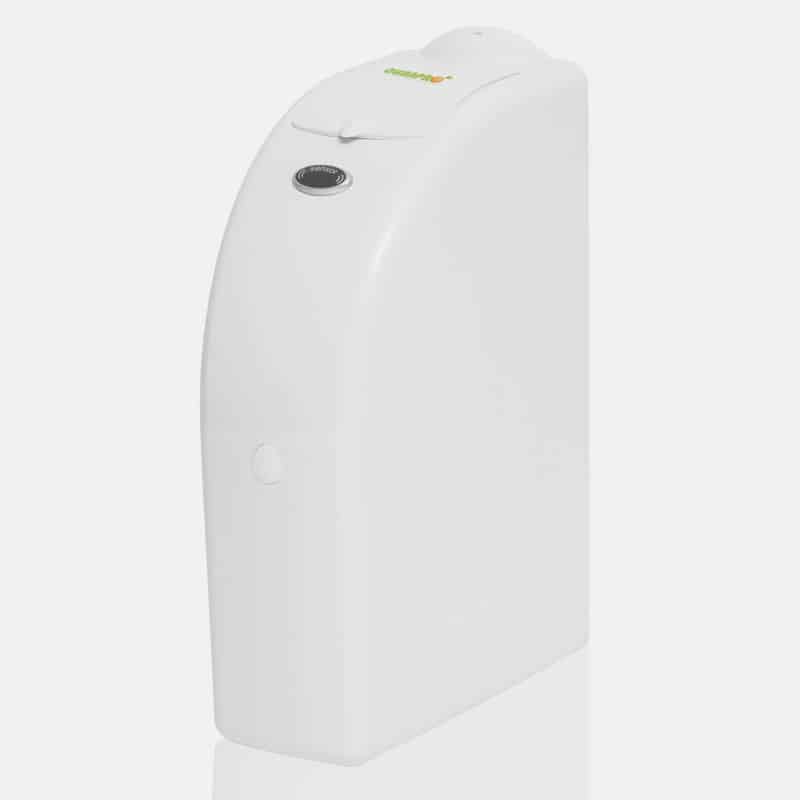 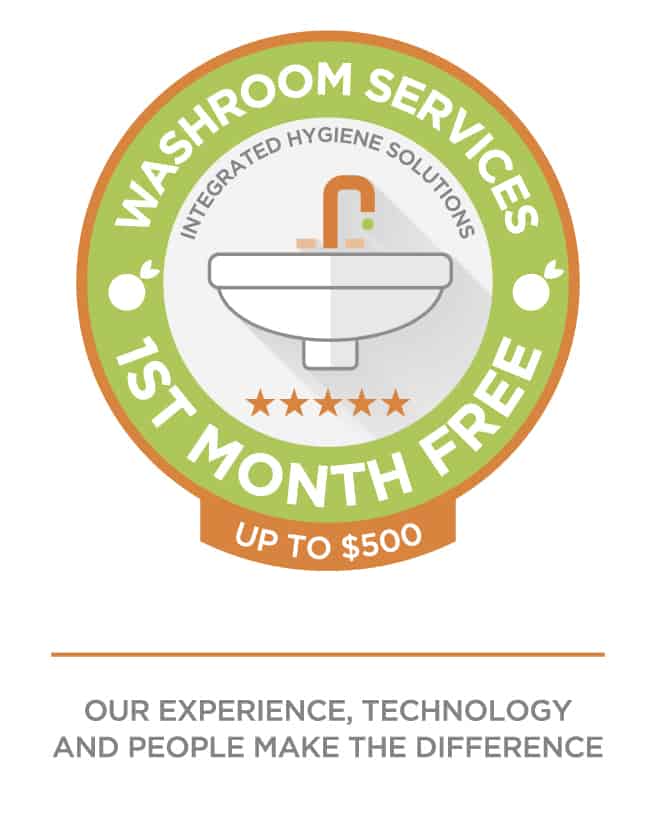