Wasp nests and bee hives create a hazard within their immediate area (often around the home), which is why effective bee removal is so important.

The most common wasps are the Paper nest Wasps, which are also the most predatory. Paper Wasps can sting more than once, so if a nest is close to your home or commercial premises, it is crucial to eradicate the wasps with the most effective and safe wasp and bee removal Perth has on offer.

Being stung by a wasp or bee is a painful experience and can be life threatening to anyone who may be allergic to stings. However, it is possible to reduce these risks by taking sensible precautions when outdoors and ensuring that wasp or bee nests are properly managed.

Wasps have the potential to attack in large numbers if their nest is disturbed. It is best to treat a nest earlier in the year before numbers increase and the wasps become more aggressive, increasing the threat of stings during treatment.

In summer, you can prevent bees drinking from pet water bowls by placing a shallow water tray covered with floating corks higher than the pet bowl and within the bees’ flight path. The corks provide a safe landing place and therefore a preferred drinking point, avoiding the possibility of your dog or cat being stung by a bee in their bowl.

Never approach a bee or wasp nest, as they are more likely to be aggressive when defending the nest.

Bee hive treatment becomes a necessity in Perth during the spring we take no pleasure in killing bee swarms but sometimes they are not able to be removed. At this time, bees commonly “swarm”. Swarming is the process where a queen will leave the nest with Worker Bees and find a new location for their hive.

Not only does the process of swarming produce a dangerous area around where the bees are swarming, but the new nest may be in the vicinity of your house or commercial property, or even in the cavity of your walls.

In Australia there are around 10,000 wasp species and 2000 bee species, according to the Australian museum and all have valuable roles in our ecosystems.

A few species can become pests in urban areas and pose a threat from stinging, such as the introduced European wasp which can be aggressive when a nest is disturbed. Bees are rarely a pest and are less likely to sting. The introduced honey bee can cause problems when queens disperse and set up new nests in homes, gardens, or businesses. 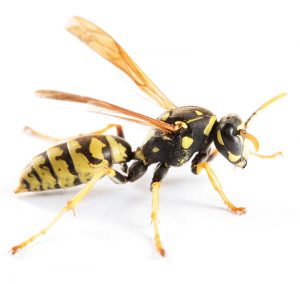 If you have a problem with a honey bee swarm, contact a local bee keeper or Environmental Health Department as they will be able to arrange for the swarm to be relocated.